America ranks in top 10 in empathy

But is US still an ’empathetic and generous giant’? 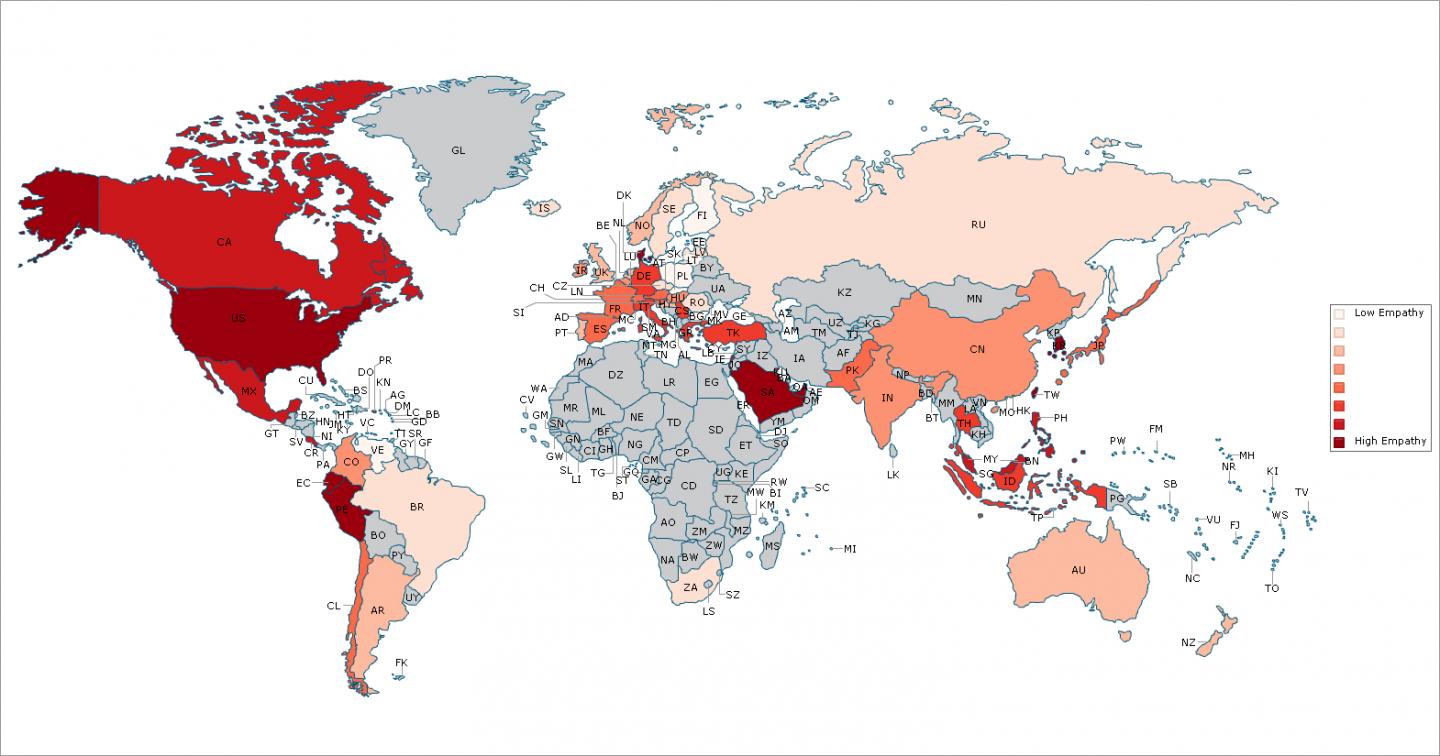 EAST LANSING, Mich. — A first-of-its-kind study that ranks nations by empathy puts the United States at No. 7, behind countries ranging from Peru to Korea to Saudi Arabia.

While a top 10 finish isn’t bad, Michigan State University’s William Chopik, lead author of the study, notes that the psychological states of Americans have been changing in recent decades – leading to a larger focus on the individual and less on others.

“These changes might ultimately cause us to leave our close relationships behind,” said Chopik, assistant professor of psychology. “People are struggling more than ever to form meaningful close relationships. So, sure, the United States is seventh on the list, but we could see that position rise or fall depending on how our society changes in the next 20-50 years.”

The researchers analyzed the data from an online survey on empathy completed by more than 104,000 people from around the world. The survey measured people’s compassion for others and their tendency to imagine others’ point of view. Countries with small sample sizes were excluded (including most nations in Africa). All told, 63 countries were ranked in the study.

Chopik said he was surprised that three countries from the Middle East – Saudi Arabia, UAE and Kuwait – ranked so highly in empathy considering the long history of aggression and wars with other countries in the region. That could be because the study did not distinguish between feeling empathy toward people in other countries vs. people in one’s own country.

The study, published online today in the Journal of Cross-Cultural Psychology, was co-authored by Ed O’Brien of the University of Chicago and Sara Konrath of Indiana University.

Konrath and O’Brien in 2011 published research suggesting that American college students had become less empathetic over a 20-year span. Potential factors included the explosion of social media; increases in violence and bullying; changing parenting and family practices; and increasing expectations of success.

The latest study is the first to look at empathy on a country-by-country level. And while it “only grabbed a snapshot of what empathy looks like at this very moment,” Chopik noted that cultures are constantly changing.

“This is particularly true of the United States, which has experienced really large changes in things like parenting practices and values,” Chopik said. “People may portray the United States as this empathetic and generous giant, but that might be changing.”